The Alluvial Gift of the Andes

Along with the Yellow River in China and the Ganges-Brahmaputra River in India and Bangladesh, the Amazon River ranks among the three largest contributors of fluvial sediments to the oceans. Compared with most other large river basins in the world, however, the Amazon has a relatively low sediment yield because the main erosion zone in the Amazon Basin is restricted to approximately one-seventh of the basin, that is, the Andes and contiguous lowlands in the far west. This zone contributes perhaps 85–90 percent of all sediments discharged through the Amazon River mouth. The Amazon annually transports an estimated 1.2 billion tons of sediments past Óbidos, where the narrowest downstream stretch of the river is found. Approximately 75 percent of the sediments transported past Óbidos reach the Atlantic in any given year. The other 25 percent are deposited in the lower 800 km of the river. Shore currents transport approximately 30 percent of the sediments that reach the Atlantic along the French Guiana, Suriname and Guyana coasts. Some of the sediments are deposited as far north as the Orinoco Delta. Total sediment concentrations in the Amazon River decrease from west to east because large amounts of low-sediment water, especially from the Negro, the Tapajós and the Xingu in the eastern Amazon in Brazil. Nearly 90 percent of the Amazon River’s sediment load comes from the Madeira, the Ucayali and the Marañón Basins.

Sediment transport is highly dynamic in the Amazon River because of fluctuating river levels and vast floodplains. The highest sediment concentrations occur during the rising-water period. Because it takes river water at least one month to flow from the Andes to the Atlantic, sediment loads in much of the Amazon River are relatively high for a few weeks after the main rainy season in the west. Perhaps 30 percent of Amazon River water flows through the floodplains before reentering the main channel and at which time 80% of their sediments is deposited.

Annual floodplain deposition at any given place depends mostly on river-level fluctuation and duration of flooding. It is not unusual, however, for 20–30 cm of sediments to be deposited annually. As floodplains are being built up, they are also being eroded. Erosion takes place mostly along riverbanks where currents remove soft sediments annually and deposit them elsewhere. Riverbank cave-ins are a well-known phenomenon along whitewater rivers in the Amazon. When river levels begin to fall rapidly, soft riverbanks 5–10 m high become unstable after the wall of floodwater that was supporting them is gone. When these cave-ins plunge into the water, they often carry enormous trees and other vegetation with them. It is not unusual for floodplain farmers to lose their banana, manioc, cacao and other crops to the cave-ins. It has been estimated that the Amazon River floodplain between the Purus and the Negro might be recycled every 2,500 years by the annual deposition and erosion process. Where erosion is intense near the Andes, floodplains might be recycled in a matter of centuries or perhaps even decades in some stretches. 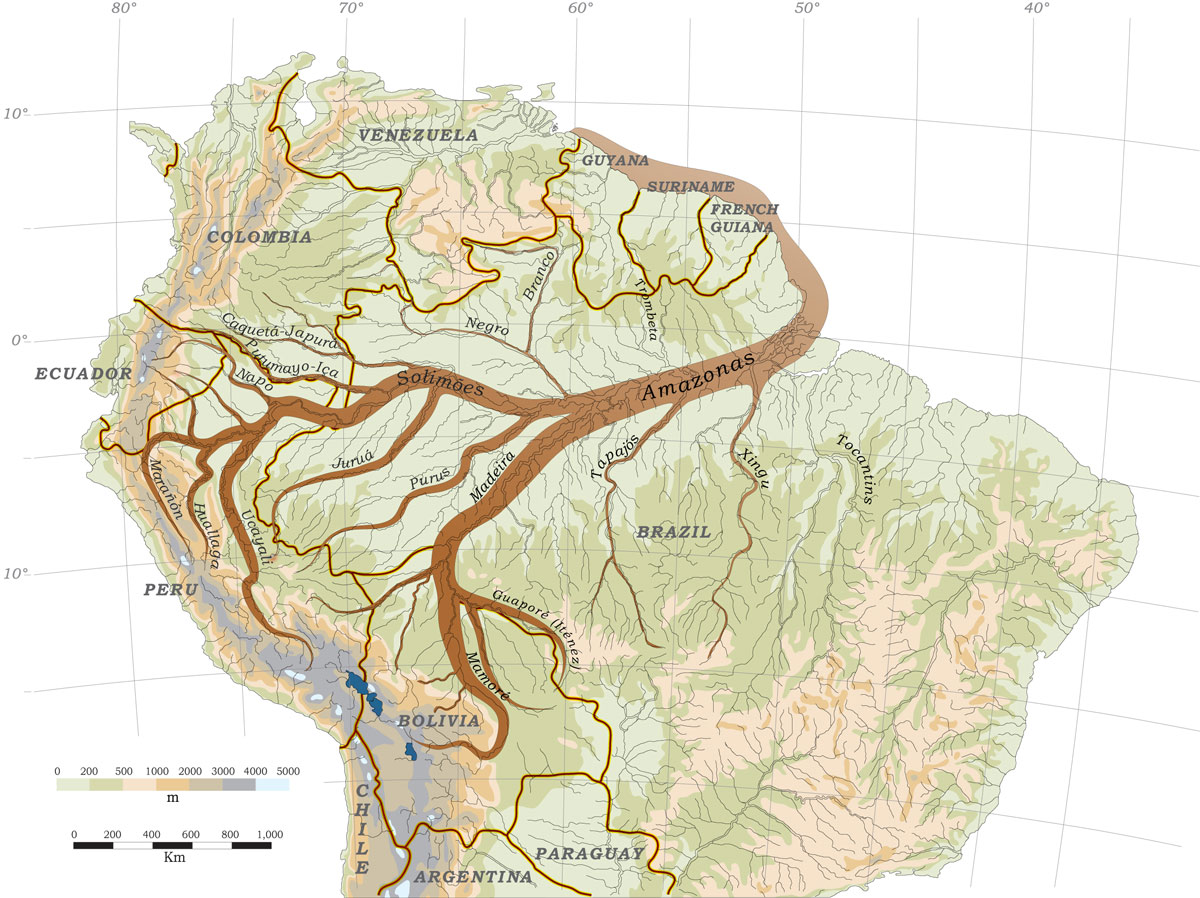