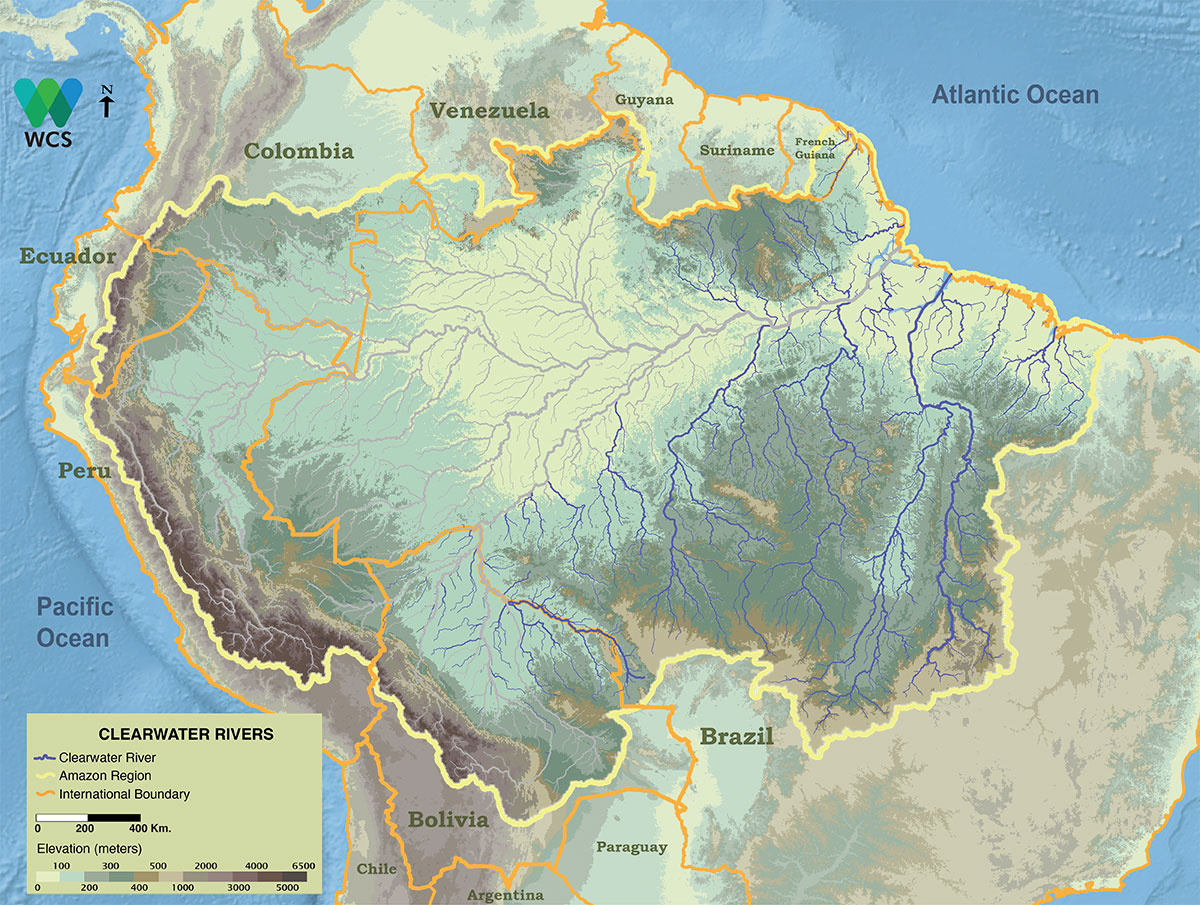 For simplicity’s sake, the clearwater rivers of the Amazon Basin can be divided into three main groups: the large Brazilian and Guiana Shield tributaries that drain ancient and highly eroded surfaces; Andean headwaters above approximately 400 m that run clear at least part of the year; and clearwater streams and small rivers originating in the lowlands below approximately 300 m. Compared with whitewater rivers, all clearwater rivers and streams of the Amazon Basin have minimal suspended sediment loads. For example, the average sediment concentration per volume of water in the Tapajós can be one percent of that in the Amazon River into which it flows.

The chemistry of lowland clearwater streams is often very similar to that of rain water, that is, concentrations of major nutrients are low and sodium can be a relatively dominant chemical. In comparison, concentrations of major nutrients in whitewater rivers are high and calcium is the predominant chemical. Interestingly, rainforest streams often have even lower sodium values than rainwater, indicating how efficient the rainforest is at removing nutrients. Most clearwater rivers and streams in the central and eastern Amazon Basin are slightly acidic, with pH values ranging between approximately 6.0 and 6.8, though these can be higher in the western tributaries in or near the Andes.