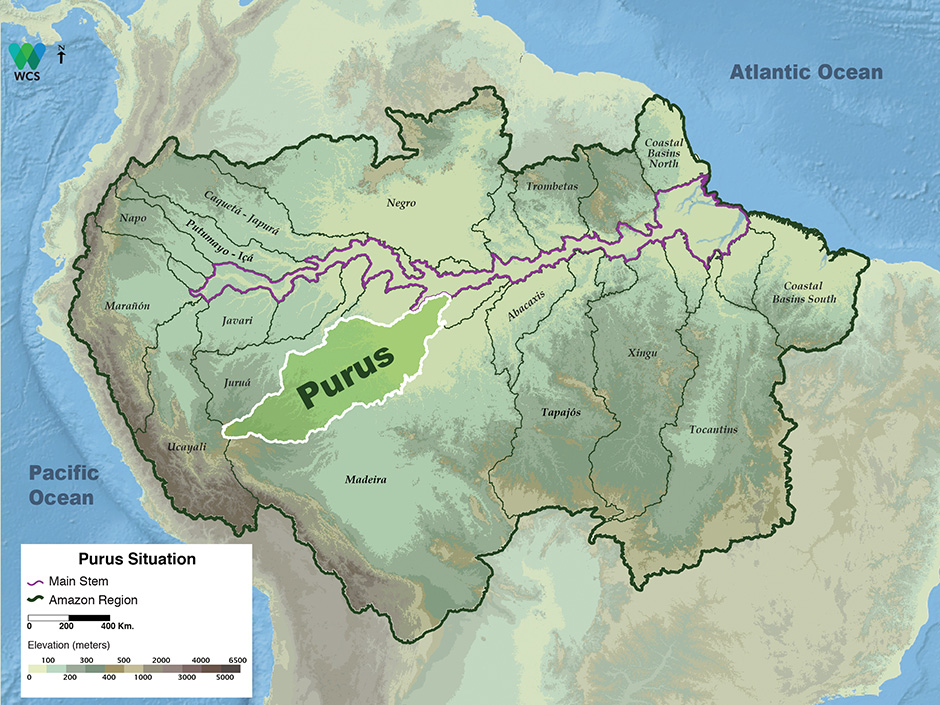 The Purus fisheries region is defined as the upper and middle parts of the Purus River above the mouth of Tapauá River.

The Purus fisheries region is defined as the upper part of the Purus River above the mouth of Tapauá River. The most important cities in the region are Rio Branco, the capital of Acre, Sena Madureira in Acre and Boca do Acre and Lábrea in the state of Amazonas, Brazil. All these cities have public fishing ports and Lábrea also has a private fishing port. The Lower Purus is exploited mostly by the Manaus fishing fleet and is not considered a part of the Purus fisheries region as here defined.

Although Rio Branco is the largest city of the Purus region it accounts for no more than 10% of potential fish catch. The city of Rio Branco is located on the Acre river, a narrow and shallow river during most of the year. Most of the Purus catch (80%) is delivered to Boca do Acre (population 30,000) near the Amazonas and Acre border. Fishing activity is minimal at Sena Madureira, a small city of the Upper Purus in Acre connected by road to Rio Branco.

Lábrea, with approximately 38,400 people, accounts for 10% of the Purus potential catch, or 4,500 tons. Lábrea is the only city of the Purus region for which there are any detailed data on species composition. Most of the data come from a local refrigeration plant that purchased catfish for export. Surubim was the most important species purchased and accounted for 25% of Lábrea’s catch. Other species included pirapitinga, piraíba, matrinchã, piramutaba, dourada, pacu, pirarara, and jaú. Lábrea was the only region where pirapitinga was among the most important species in the 1990s, given this species was overexploited in most other areas where it is found in the Amazon.

Fish farming is now expanding rapidly in the Purus region, especially near the city of Rio Branco. Acre and Roraima, in the north, will probably become the first states or departments in the Amazon where aquiculture replaces traditional fisheries in fish production.