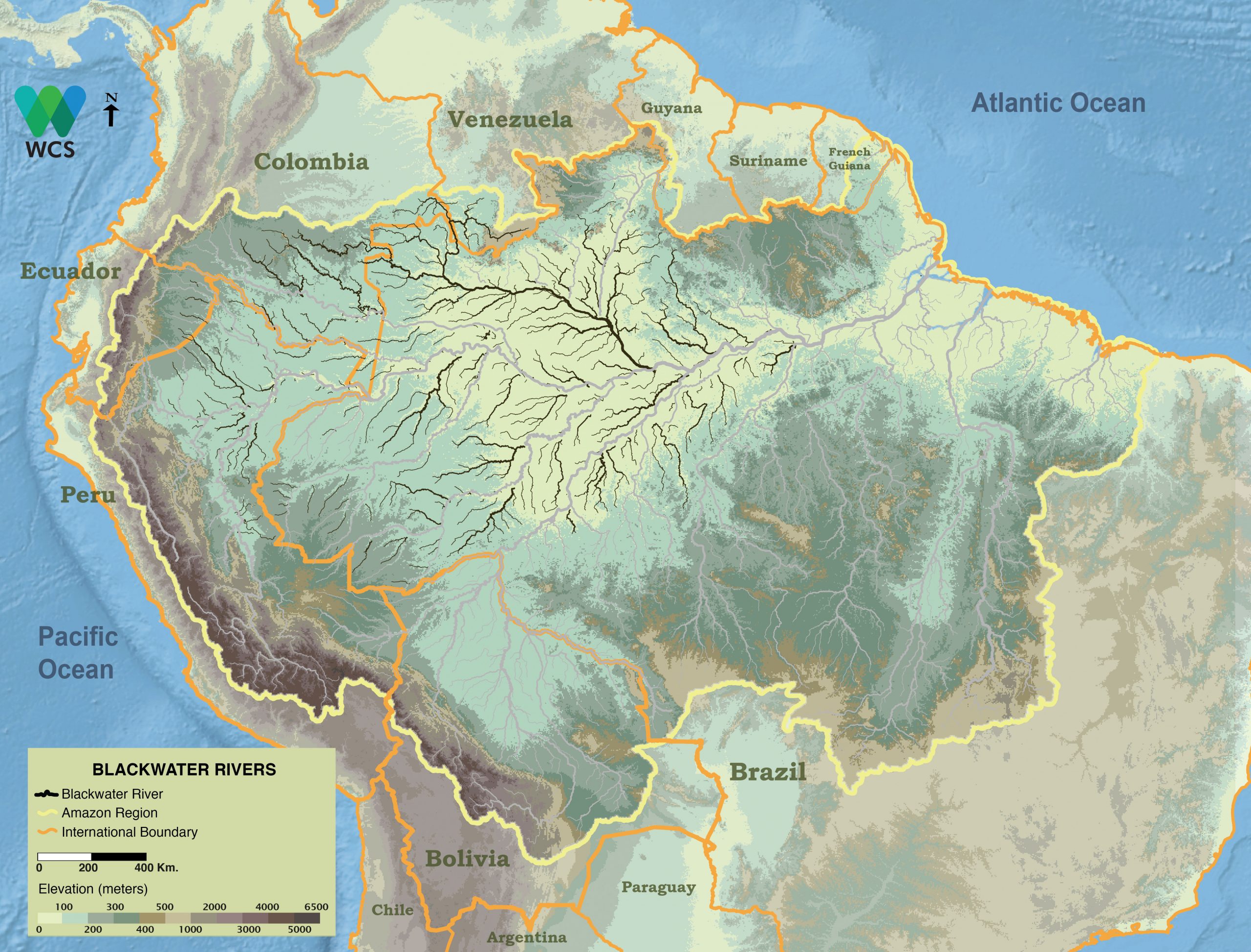 Blackwater rivers are characterized by high acidity due to organic compounds that also stain them dark in color. The Negro River is by far the largest.

Blackwater rivers are usually associated with basins with extremely sandy soils, the largest being the Negro River. Blackwater rivers are not confined to the Amazon Basin, but they attain their greatest proportions there. The aptly named Negro is the sixth largest river in the world, based on annual discharge; the second largest tributary in the world; and the largest blackwater river in the world. The blackwater region of the Amazon Basin centers on the Negro but extends westward and eastward to include many of the small tributaries whose headwaters rise in the lowlands dominated by sandy soils. Small blackwater rivers and rainforest streams are found in all Amazonian countries, but Brazil can easily claim to be the blackwater capital of the world. Black water is essentially tea that is brewed in areas where plant compounds are not completely decomposed. Black water can be formed wherever the rate of carbon fixation (photosynthesis) and its partial decay to soluble organic acids exceeds its rate of complete decay to carbon dioxide (oxidation). This phenomenon can take place on land, in groundwater, or in streams, rivers and lakes. The exact physical and biological processes leading to blackwater formation are complex and vary. The high concentrations of organic compounds in blackwater rivers renders them highly acidic, usually within the range of 3.8 to 5.4.